Sit back and relax if you're waiting on one of these. Maybe this will inspire Ford in the America's to step on the gas given the demand. Each one of these has to be a profitable vehicle. 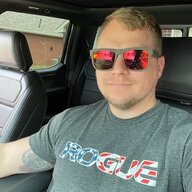 Maybe what will inspire Ford to step on the gas, the image you posted? I'm so confused by this post.

RowdyRaptor said:
Maybe what will inspire Ford to step on the gas, the image you posted? I'm so confused by this post.
Click to expand... 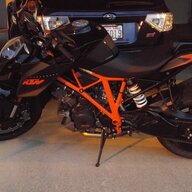 Honestly, if they haven't learned anything from the Bronco's continuous delays and such, it doesn't bode well for NA when it's officially revealed.

I'm on 2 Dealership's waiting list for the Ranger Raptor, one of those is the Dealer that has my 2Dr Bronco order and the other is my local Dealer.

I don't expect the Bronco to be built in '23 due to constraints and allocation, so I've started the process on the only other vehicle I like and would pull me away from the Bronco.

I'm giving the local Dealer a chance, but they have low allocations on anything Raptor (they can't get an allocation for the Raptor R) and I live in an area where money > common sense and could get bumped because of someone willing to pay big $$ to be at the front of the line.
OP
OP

Jack51 said:
How come u are in waiting list for RR ?
is going to be another year before u can buy it!
fisrt year of a new generation,Raptor on top,going to be a disaster!
Subaru outback is max 60 days for a loaded outback!
Come on ford move your A................
Click to expand...

I'll pass on a Subie. Ford will have enough production experience on the RR when it comes to US shores. Same drive train in Bronco Raptor and enough builds (globally) to sort out key maladies. I bought a 2020 Shelby GT500 - securing a spot with my dealer (at Sticker) before the launch - ordering first day and waiting 15 Months for it to show (thanks Covid). It has been one of my best purchases. Hold the same hope for the RR.
You must log in or register to reply here.
Facebook Twitter youtube Contact us RSS
Top