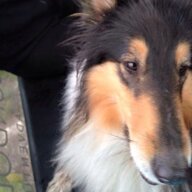 Powering the new Frontier is Nissan’s naturally aspirated 3.8L V6. The carryover six is rated at 310 horsepower and 281 pound-feet of torque. It is mated to a nine-speed automatic transmission that can be optioned with a part-time four-wheel drive system.

Four trim levels will be offered at launch: S, SV, Pro-X, and Pro-4X. The Frontier comes standard with a five-foot bed, and can be ordered with a six-foot bed, in both King Cab (extended cab) or Crew Cab configurations, depending on trim.

More info: It rides on old frame. Where the new Ranger is derived from the Bronco

The 2022 Frontier is a huge departure from its predecessor, which is why we’re somewhat surprised to learn that it makes use of the old truck’s basic chassis and cab structure. That’s apparent in the shape of the windshield, roof, and rear window, as well as the door openings. However, Nissan stylists were obviously very careful to ensure that almost every other square inch of sheet metal and glass are different from the outgoing truck – the new one looks far more contemporary and attractive.

Nissan says it can haul up to 1,610 pounds of payload or tow up to 6,720 pounds. The Tacoma, for example, can lug 1,620 pounds of stuff in the bed and tow a 6,800-pound trailer, while the Ranger can tow 7,500 pounds and haul 1,920 pounds. The gas Chevy Colorado tows 7,000 pounds, while its available diesel ups the ante to 7,700. The Frontier pips its Bow Tie competitor in payload, however – the Colorado can only haul 1,569 pounds. It also beats out the Honda Ridgeline in both metrics.